With story by Gail Simone and Art by Cat Staggs, Crosswind features the kind of body swap that gets me all tingly and excited; a macho hit man trades bodies with a mousy housewife.  I love these kinds of switches because not only do the main characters exchange bodies, but they are forced into lives with distinctly different gender roles.

Even better, the force that switched them orders them to fully immerse themselves in their new lives.   The hit man, for example, finds himself ordered to cook, clean and a be a perfect hostess when his husband’s boss comes over for dinner the night of his swap.   He is told unless he embraces his role, he will be stuck as a woman and a housewife forever.

Now, for those of us who love body-swaps and forced- femme stories, it couldn’t get much better.   How will this tough guy deal with being a housewife, step-mom and hostess?

Well,this is where the story lost me because he just does it.   We see him go shopping for groceries, cook and clean, deal with his bratty step son and then cut to him wearing a sexy dress as he plays housewife.   There is no conflict whatsoever.   He just does it all as comfortably as if he’d been dressing as a woman and playing the supportive little wife his whole life, and he handles other situations with ease as well– for example, being sexually harassed by a couple teenagers, who he just beats up as if he were still a man– although it is a little funny as he does it with a frying pan.

The hitman finds it so easy to be a woman that he even says at one point that it’s kind of fun and not hard at all.

The woman, meanwhile, rapidly gets over her “icky, blood and murder” reactions, quickly dropping into the male role and seeming to have little problem with her sudden life change.

Now, I read only the first three issues so far, and it is very possible that the story lines may develop more and involve more awkward struggles– but right now it is a story that does very little to really explore the radical life changes these characters have experienced.

The art is gorgeous, and the story moves very fast.  I still find myself intrigued, but it feels a little too easy for the main characters so far as they each seem largely unphased by their new sex and role in life.

Jennifer Wilson’s New World Rising, the first in a series of dystopian novels, manages the careful balance between honoring the conventions of a genre while still delivering something fresh and readable.

The world she creates is deep and feels lived in, and her vision of a dystopian world where elites live inside a protected bubble while the rest of humanity wars endlessly over scraps in a polluted and devastated wasteland sadly echoes our reality in the contemporary world.

As the story unfolds,Phoenix, a loner who trusts no one and would rather read books than talk to another person, finds herself drawn into a web of politics and intrigue that comes along with attention from a pair of hunky dudes.

Wilson keeps the plot moving as she reveals her world and unravels layers of history and intrigue.   Who were Phoenix’ parents?  Were they traitors?   And who is the mysterious Mouse, and why is she so important?

Sadly, and this is my one complaint, this book answers none of those questions.  Not a stand alone story at all, it is just the first part of a longer work, and ends on major cliff hangers with everything unresolved!   So, I do say– READ THIS!  But you should also be ready to commit to the rest of the series as well.

Thanks for reading!  Would love some comments! 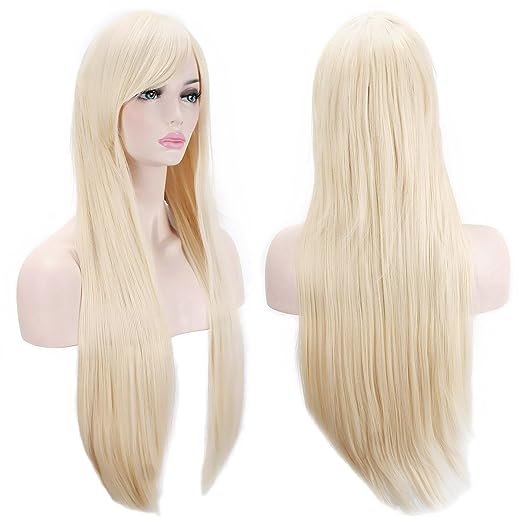 Cameron reads minds, and she always has, something she has learned to hide as it tends to freak people out.  In addition, she and her grandmother have spent years running and hiding from a vague threat.   So, when we first meet her she is a people pleaser, trying to fit in and get people to like her, eager to have a normal life.

Normal life?  Not super interesting.  A murder takes place. A mysterious, handsome new boy appears in school, one that makes Cameron get all tingly, and one who seems to be able to read her mind, while hiding his own thoughts.

Naturally, chemistry ensues, and soon Cameron is swept off to a special academy for mind readers, where she is promised she will learn to use her powers, and also be accepted for herself, with no need to hide.

As the book progresses, one of the themes that emerges is freedom. Everyone wants to control Cameron.   First, her grandmother, then the leader of her school.   More and more, she finds that people want to use her, while few seem to really care about her beyond what they can get from her.

A fast-paced read, the book teases mercilessly as Cameron constantly asks questions and rarely gets answers.   Cameron is a admirable but flawed character, who often sabotages herself as she alternately depends too much on others and then rejects them when they fail to live up to her expectations, only to sometimes swing right back to them.   How many of us do the same thing, right?

It’s a fun, frustrating read, and one that leads to many more books with twists and surprises, so if you love series, check these books out!

Brother Bewitched plunges the reader into a world of nightmare pleasures!

A PunkBerry Award Winning Novel– YA fiction for people who hate YA Fiction.

This 324 page novel is Now Available for pre-order at a special discount price!   After release, the price will rise!  Order now!

Crown Prince Serren lives to drink, smoke and bed women. His sister, Pattenia, longs to rule, but by law the crown passes to the eldest male heir. Pattenia seems doomed to live in her little brother’s shadow, until a strange new girl appears and offers her a choice: “Take what you want. Bewitch your brother, turn him into a girl, and declare yourself ruler of The Shattered Isles.”

Will Pattenia strip her brother of his sex, his name and his crown?

What does it mean to be boy? A girl? Brother Bewitched explores all this and more in a fantasy world setting full of booze, sex and drugs.

Special Pre-order edition at a special pre-order price and with a steamy, deleted scene only available pre-order! You should pre-order for sure! Do it now!

Today’s New York Times reports that shows challenging gender roles will now receive a rating from Common Sense Media, a group that offers online ratings for parents concerned about the shows their children watch.   As a creator with a longstanding passion for gender fluid media, I am excited that parents will find it easier than ever to steer their children toward shows that encourage them to define themselves regardless of whatever gender biases they face.

The article focused mainly on the ways female characters are portrayed, celebrating shows that depict women working as scientists and engineers, for example.   While Brother Bewitched does feature a female character breaking gender roles– Pattenia, who aggressively seeks power, it also examines a boy who discovers that he enjoys some things he once considered feminine and beneath him.

More and more, mainstream society has come to see that the gender binary we inherited from our ancestors does not work in the contemporary world, and in fact it functions against efficiency, pushing both men and women into roles that do not use their best selves to their best advantage.  When a less able man rises into a management position over a better skilled woman, that hurts both the individuals and our economy, and when a man is discouraged from entering a field to which he is well-suited because it is a “pink collar” field, that hurts both the person and society as well.

Bottom line: these ratings will help more people be who they want to be, and that is a very good thing.